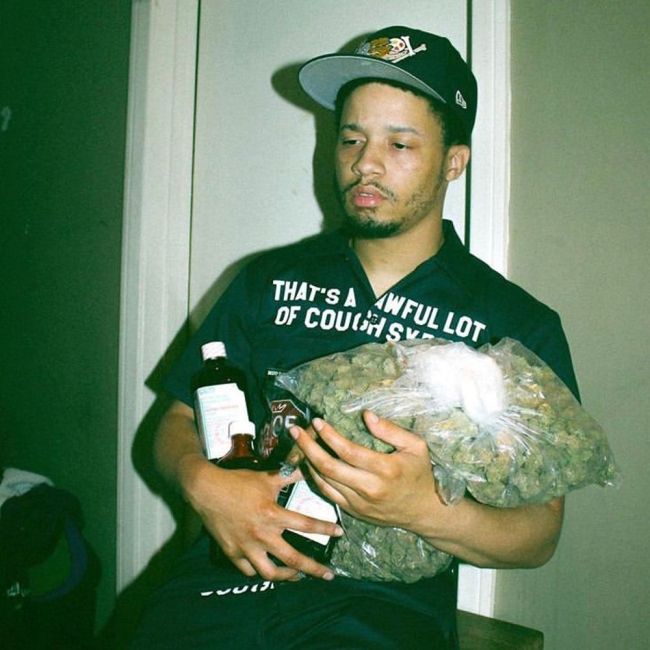 The Rap-Up is the only weekly round-up providing you with the best rap songs that you absolutely need. So support real, independent music journalism by subscribing to Passion of the Weiss on Patreon.

Harley Geffner is the first dude to C walk to The Offspring.

Drakeo’s leaning into Stockton rap has been really fun. His dismissive and soft-spoken style matches the natural energy of the slow-burning raps from the area, so the collaborations have come out really smooth. It’s easy to imagine him on one of their street cyphers, whispering threats between Slo-Be and Jaaybo. Over a slowed down sample of Slo-Be’s “Red Mamba,” (very cool to sample your own song) here, he and Drakeo go to war. Slo-Be’s got to hop on the 5 to escape a scene, and Drakeo is leaving no trace with his Arkansas plates.

There’s something about Veeze’s style that once you catch the bug for it, everything else sounds harsh. His bars blend together so seamlessly as he slides from one to the next, using pauses and hesitations sparingly, but effectively. On Free Pooh Sheisty, he’s in full-form, rapping vicious bars in a way that makes them feel relaxing, and starting off with a quick Pooh style Brr before listing all the people he feels like – Mike from Godfather, Oscar Robertson, John Gotti, and more.

NolanBeRollin has been quietly releasing great music on his alter ego soundcloud accounts for years now. Sandom is only 50 seconds long and has the feeling of sitting at a table with real mafia bosses while discussing the color of skittles. Easy repeat song.

It’s so easy to dismiss rappers, NBA players, or really anyone based on narrative. Meek Mill is corny as shit, Eric Bledsoe is ass at basketball and won’t help the Clippers in his second stint, and none of Louis C.K.’s bits are funny anymore since he’s a weirdo who jerks it in front of non-consenting women. But the truth is usually somewhere in the middle, if you believe in an objective truth. Some of Meek’s bars don’t hit the same, and it does at times seem like he’s leaning too hard into his messiah complex, but he’s still one of the better rappers out there bar-for-bar, and he is still actively rapping about important shit. Hanging out with Robert Kraft in the billionaire’s suite doesn’t take away from the power of his rapping about mass incarceration from a first-hand perspective, so when he says shit like “It’s deceiving they say you gettin’ probation, you think you leavin’ / but it get technical they give you violations for even breathing” to millions of people, it still matters.

Besides all the memes about Melly being out (not true), his new #1 album has to be the most underwhelming of his career. It’s not surprising given that it’s likely using pre-recorded bits that didn’t make it onto any other album. It’s one of those feature-packed label albums, and it dips a little too far away from what makes Melly special. It’s weird but it feels weird just to be weird, not because Melly is just experimenting with his melodies and letting his imagination run wild. Of course, there are bright spots since it would be insane if there weren’t for somebody as naturally talented as Melly, but it’s generally overwrought and not all that exciting. Take this song with Uzi for example – the video is dead babies, mutant nurse nuns, and no real narrative while Melly sings what sounds like a reference track to be completed later (it likely was this), and Uzi has a fine verse and part of the hook, but it’s really nothing to write home about. This was the feel of the whole album, save a few exceptions like him and Young Thug finally linking up and his team re-releasing the old song Na Na Na Boo Boo.

DaBaby Show In New Orleans Canceled After Selling Only 500 Tickets For a 14,000 Seat Arena