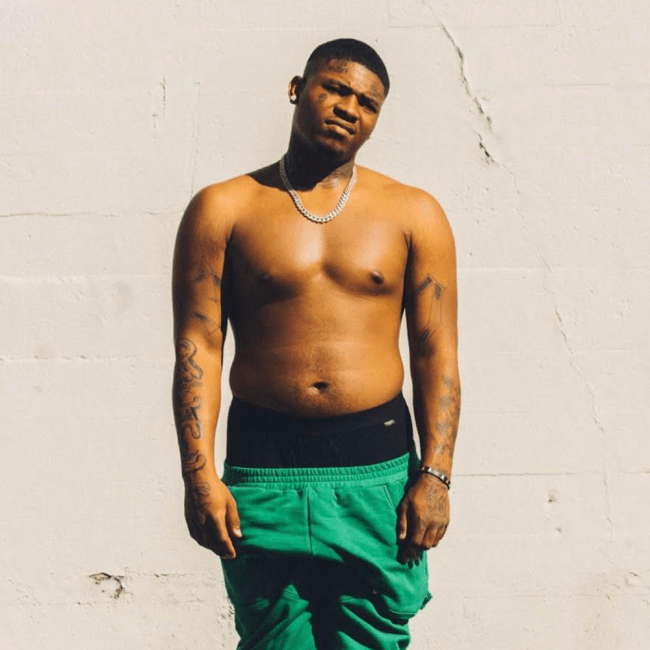 All you need to know about Harley Geffner is that he ranks Barter 6 over Carter 2.

It’s okay if you can’t pronounce any part of Asmdapkopster’s name or the name of this song, it’s still going to stick with you. The early contender for song of the summer in LA, as called by Rosecrans Vic a month ago, 1 bkitch has taken over Los Angeles. It feels like it’s in every Instagram Story, it’s really outside, and the level to which LA dudes love this song is even being parodied now. The hook is an easy sing-along, the beat feels like someone sprinkled magic fairy dust all over it, it’s got the nastiness of some type of evolved ratchet music, and it’s even complete with all the non-verbal “aaaahhhh”s that one might yell at a friend hitting a nice dance move. It’s an earworm, and the auto-distributed by Distrokid version of the song on YouTube has racked up 1.6M views to date, despite the low-budget ass shaking music video only racking up 11k. Keep your eyes on the ASM gang, as they have a few other real interesting sounding tracks too.

Hammad’s “okayyy” has been out for more than a year, but it just caught my ear this week. Repping Fresno, CA, Hammad’s smooth vocals and the snap and bump style of the song that make it sound like one of those soulful prison vocal clips give it a real endearing sound. It touches on both his soft and harder sides, calling his baby girl one in a million and asking if she’d put money on his phone when locked up, but it’s also ostensibly about staying safe. He makes sure to keep his metal tucked when visiting new women because he knows one night isn’t worth his life in a set-up. It is technically about those things, but the real standout part of the song is the hook. How fun is it to yell okaaaaayyyy with him here? It feels like a weight is lifted off the soul to let out a big okay. When things don’t go your way? Okay. Someone’s acting real weird? It could bother you, but instead… just say okay. It’s freeing to say, and I think the tone of the song taps into that feeling.

It’s hard to put a finger on exactly what Moreno Valley’s S5 is doing differently with his flows than anybody else right now, but his is truly singular. Something about the soft-spoken nature of his voice, mixed with how his bars always feel like they’re about to spill out over the brim, but somehow never do, combine to create this hypnotizing effect. The effect makes it hard to even process what he’s saying because his delivery is so calming. It’s almost meditation, minus the little homophobic line that snaps you out of it.

Los Angeles’ YS and Hitta J3 have one of the best shoot ‘em up songs of the year on their hands here. Primarily, the video for In N Out looks cool as hell. The guys are in a toolshed of sorts, playing with all types of horror movie weaponry while their faces flash into each other like some demented spirit has fastened their souls together. The bass puts dents in the rolling beat, and each of the guys bounce back and forth bashing them in even further with their gun-toting raps. Hitta’s got AR’s like Tony, cannons like Nick, and the only time he’s focused is when he’s scoping, but YS steals the show here rapping that he’s seen more bodies than Doctor Miami and that he was trying to change his ways but relapsed and caught one more.

Ralfy the Plug – “No Reason”

Sometimes in life, you got to do shit just for the hell of it. Ralfy The Plug understands this, and made an entire song about it. The things I do for no reason include playing with empty bags of chips, lying the wrong way on my bed, and throwing spices from my cabinet in my spliffs. For Ralfy, it’s slapping people, swearing at strangers, and throwing racks on the ground. The opening scene of someone buying weed from Ralfy, only for him to turn around and slap him with the money “for no reason” is *chef’s kiss*.

Eminem Recalls Getting The Silent Treatment From Michael Jordan