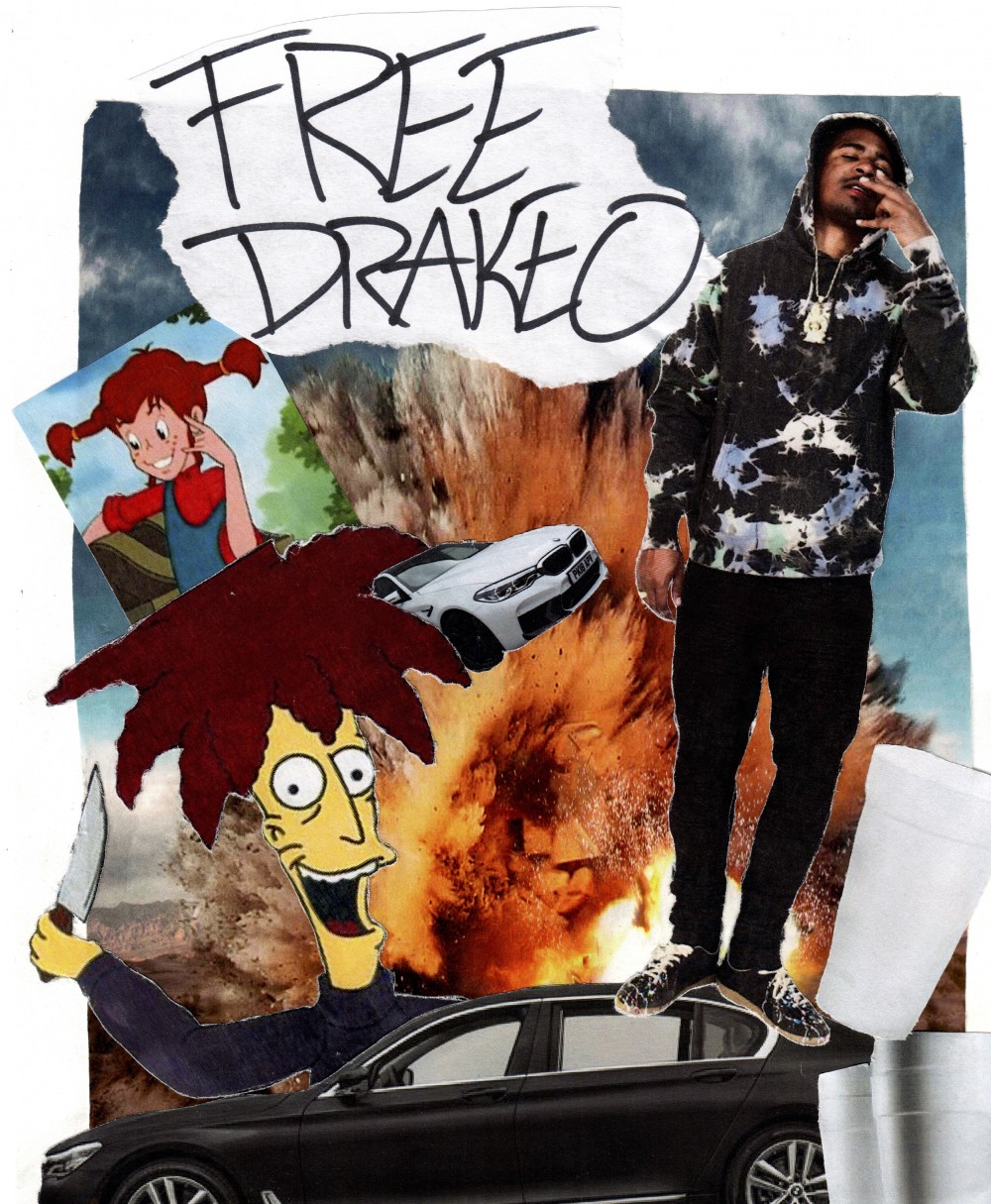 This website is user-supported. Any donation is immensely appreciated: https://www.patreon.com/passionweiss

In light of the tragic passing of Drakeo The Ruler, POW will be revisiting some of his greatest hits on this website. This article was originally posted on December 18, 2018.

Cold Devil is a five mic masterpiece, but don’t act like Drakeo the Ruler recently emerged from the sulfur. He’s been anointed since 2015, since Mustard remade “Mr. Get Dough” and conscripted the Ruler do all the skits on the 10 Summers mixtape. He was telling you it was regular when it was abnormal.

If you don’t like the foreign whip crasher, then you simply don’t understand it. This is gangsta rap operating at a different frequency, scrawled in cryptic lingo, drowned in expensive deuces, dream shattering sinister rhythms meant to heard while wearing a ski mask in a bulletproof Benz. Avant-garde rap for anxiety-riddled trips to Neiman Marcus — firmly within the LA street rap tradition and a sharp rupture from it. There is a reason why Greedo told me that Drakeo is the smartest person he ever met.

At the moment, Drakeo is fighting for his life in LA County Men’s Jail. With scarce evidence to tie him to the murder that he’s being accused of (technically, it’s a conspiracy to commit murder), the D.A. is attempting to put his music on trial. They’re trying to use racist gang laws to try his rap crew (The Stinc Team) as a gang. They are using impossibly vague boasts and the violence that has been a part of LA rap tradition since Ice-T, to paint a picture of him as a sociopathic monster.They are claiming that bragging about wearing Supreme (Supreme!) is an attempt to recruit people to the Stinc Team gang. It would be funny if it weren’t infuriating and more evidence of the inequity and corruption at the heart of the court system. It is now Christmastime and they continue to hold him without bail. Meanwhile, rich Palos Verdes kids banging Rollin’ 90s get to show up to trial in $5,000 suits.  In the process, it overshadows and obscures the fact that this is high art, literally and figuratively.

Over the last three years, Drakeo has amassed a singular catalogue that goes much deeper than Cold Devil. In the interest of putting you on and reminding the world of the travesty of justice that is Drakeo’s case, we have a FreeDrakeoTheRuler mix. Thanks to POW family Earoh (who dropped one of the year’s most underrated beat records), take this journey from his fledgling Soundcloud rap days to the work that’s been released while he’s behind bars. Free him. Free the Stinc Team. Free Greedo. –JW

17) Married to the Money

29)Tell Me How You Feel ft. Desto Dubb