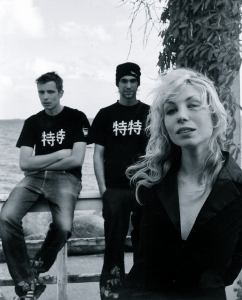 Toktok have been part of the Berlin scene for quite a while. They had their Tresor debut in 1995 alongside Juan Atkins… Tresor, the other famous Berlin club besides Berghain, is still going and so are they over 20 years later in 2017 — and still using the all time classic synth 808 as you can hear in the new track.

“The Point” has a slightly threatening dark wave vibe to it, as well as some pop quality that will make it stick in your head until Toktok release their new LP Yes No Yes.

And in the meantime, you can discover their whole discography on Bandcamp.

Juice WRLD Gives Out His "Phone Number" To Fans

Dr. Dre To Be Honored By Recording Academy For Trail Blazing Production Work