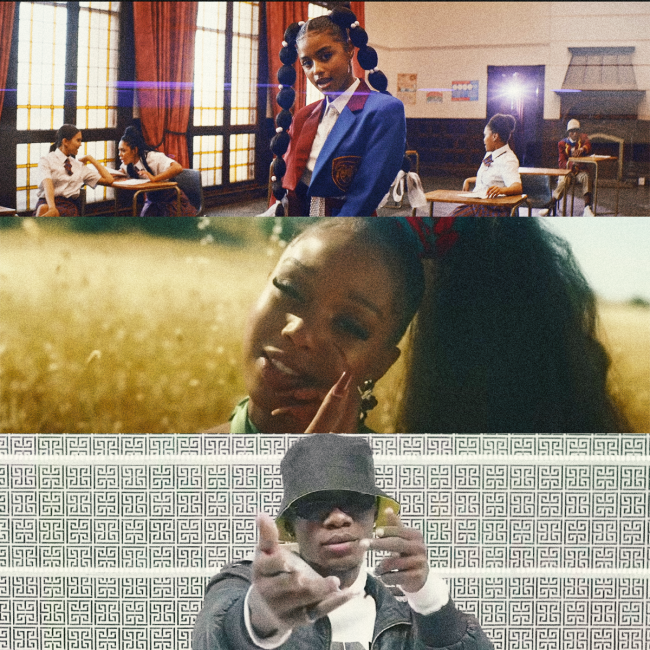 Leonel is Telling Us Something Good.

Simply put, 2021 was an amazing year for African music; On the one hand, more and more afro-diasporic acts — such as the Ghanian-Australian Genesis Owusu and the Nigerian-British Little Simz — are getting rapturous praise from music publications and fans in the so-called West. Moreover, the fans of more traditional music had an absolute feast with Mdou Moctar’s impressive Afrique Victime, arguably the best album of the year, that offered a life-altering spiritual experience that brilliantly tackled subjects such as Colonialism and the Tuareg struggle. On the other hand, 2021 marked the beginning stages of a period of Global expansion for the Nigerian Afrobeats and South African Amapiano scenes — the former in the anglo charts, the latter in the clubs.

However, this new-found interest in the sounds of Africa came with its set of problems. For instance, the crate-digging culture of labels like Awesome Tapes from Africa still reinforces an outdated, deeply colonialistic idea of the continent as completely rural and culturally underdeveloped, with its fetishization of folk sounds and field recordings. But even more insidiously, the vast majority of mainstream US and UK music publications have given unfairly disproportionate attention to Nigeria and South Africa, with most covering those scenes exclusively, and billing them as “African Music”, giving the notion that all the continent has to offer musically is only within’ those two countries. This does not consider the music of the other 52 constituent nations of Africa, and completely ignores the massive scenes of the Francophone and Lusophone countries, which actually comprise most of Africa’s weekly musical output.

This was the original intention of my Afro Jams column: to correct these injustices and highlight the incredibly rich and diverse scenes of Africa in its entirety. To cover the developments of Gengetone in Kenya, Ndombolo in the DR Congo, Kizomba in Angola and Cape Verde, Mbalax rap in Senegal and many, many more. Africa is blooming every day, a gift that keeps on giving.

Of course, it is impossible to sum up such a vast musical universe in a 10-song list, especially for a continent that releases over a hundred amazing tunes every week,in all styles imaginable. This is only a humble attempt to share which songs have stayed with me the longest, or have captured my musical heart in profound ways. The list itself contains bangers from Kenya, amapiano gems, Kizomba heartmelters, and pretty much everything in between.

If you want to hear hundreds of great tracks that came out this year, you can always head to the column archives, but for now, here are my 10 favorite African songs of 2021. — Leonel

Senegalese rapper Samba Peuzzi’s “Lou Yakou Yawa” takes several, almost disparate directions, and still lands the punch. It’s mostly a combination of trap and mbalax music, with guitar licks that go crazy throughout the song, but it’s in the production where stuff goes truly wild. You can hear sampled seben drums, distorted, almost metal double guitars, and a talking drum that plays hyper-complex stuff during the entire track. And Samba himself shines in here, his flow tackling every change in the beat and taking every rhythmic passage it opens.

That décalé beat and those multi-layered, pounding drums say it all; The Ivorian scene flooded the continent with their unique brand of aggressive, floor-destroying bangers, but at least among the major acts, “Marabout” was the best. Kerozen and Serge are among the biggest names in Francophone Africa already, but this stellar collaboration captures the very best of their styles, and the combination, expertly helmed by Bop de Narr, resulted in one of the year’s earlier standouts. Those eerie, industrial synths just completed the trick.

Ans-T Crazy is perhaps Guinea-Conakry’s best somewhat open secret; the guy is known all over Francophone West Africa for his contagious tunes and his loaded autotuned voice, but we also need to commend him for his great choice of beats. There is a lot going on here; balafons, guitars, talking drums, synth brass, “Hey!” chants, a faux-flute here and there, and some pretty cool bass dynamics, but everything is anchored on Ans-T’s melodic skills — the guy delivers hook after hook — while convincing you to dress for success, whether it’s with Western or traditional clothes.

“Segredu’s” is not only impressive in its musical forms, but also in the important social messages it carries, and crucially, on how they get them across in the tune. The track is basically a combination of trap verses and full kizomba hooks, as Nitry and Indira exchange bars with incredible skill and flow, both bringing some advanced rhyme and rhythmic schemes, going from triplet flows to outright 16th note attacks. Elida’s hooks, however, offer that melodic edge that contrasts with the roughness of the verses and acts as a contemplative element that gives the song balance. Lyric-wise, “Segredu’s” is both a meditation and denouncement of the issues that surround the lives of modern African women — patriarchal discrimination, trauma, sexual violence —, all wrapped in a layer of wisdom and a stoic commitment to inspire women to speak up and find their true worth.

“Segredu’s” is not only impressive in its musical forms, but also in the important social messages it carries, and crucially, on how they get them across in the tune. The track is basically a combination of trap verses and full kizomba hooks, as Nitry and Indira exchange bars with incredible skill and flow, both bringing some advanced rhyme and rhythmic schemes, going from triplet flows to outright 16th note attacks. Elida’s hooks, however, offer that melodic edge that contrasts with the roughness of the verses and acts as a contemplative element that gives the song balance. Lyric-wise, “Segredu’s” is both a meditation and denouncement of the issues that surround the lives of modern African women — patriarchal discrimination, trauma, sexual violence —, all wrapped in a layer of wisdom and a stoic commitment to inspire women to speak up and find their true worth.

Congolese star Gaz Fabilouss’ ‘Salaire” is one of those tunes that needs repeated listens to fully appreciate its construction. Make no mistake, it’s still got a killer beat that grabs you at first, complete with halftime trap breaks in the verses, but then the polyrhythms kick in, and then the guitar interplay takes you by the throat to never let you go. The dual guitar attack is also quite fascinating in that each instrument reflects on different stylistic traditions; one of them goes for a breezy highlife sensibility, with some rhythmic detours into jújú, while the other takes a melodic direction similar to sounds from up North, in Mali. These distinctions only made it more amazing when they started harmonizing together.

Tyla’s portentous voice and unprecedented melodic ability is just something to marvel at. Her vocal tone feels like a caress of silk, and the way the backing voices intertwine creates a captivating sonic passage that makes this track feel like it came out of Janet Jackson “Velvet Rope”, but resting in a bed of shekeres, industrial keyboards, and syncopated bursts of percussion. It’s the combination that we didn’t know we needed. For a genre as diverse as amapiano, which is going through a sort of Golden Era, it was this poppish tune that grabbed me the most; I will always be more inclined to melodies and “Overdue” was perhaps the best example on how to use cadence and tone to take a killer beat right over the edge. The execution was fantastic.

Sometimes you just can’t help but marvel at someone’s true talent. Kenyan rapper Khaligraph Jones, the self-proclaimed “superstar of the country”, presents “Champez”, a fascinating exercise in character acting in song. All three of the characters in the song are played by Khaligraph himself, who shows not only melodicism and lyrical dexterity, but also range, going from fully American to his native Swahili, to even reggae toasting, and he pulls them off pretty convincingly. All of this happens on top of a smooth, versatile beat that takes the i-II progression and plays it in a Phrygian feel, going from subdued to explosive according to the verses’ needs. An impressive showing by the king.

Zuchu’s “Yalaaaa” is a bass-heavy, sonically ambitious masterpiece; taking melodies akin to Middle-Eastern trends (or rather Somalia’s synthesis of Africa-meets-Arabia sounds), classical guitars, and flutes to achieve maximum club banger quality. Also, Moccu Genius’ production perfectly honors his name, and Lizer’s mixing, especially on how the loudest sections of the track are spaced, is on a league of its own. And yes, they completely flip the script with that traditionally East African coda; every percussion sounds on point. It’s Tanzania’s best for this year.

Still the song of the year for me. This song is as close as we can get to the complete fulfillment of kizomba’s emotional and sonic potential. “Pega nha mon” is one of those once-in-a-year tracks where everything aligns; everything just fits perfectly, from the main acoustic guitar riff to the flute flourishes. Even the organic percussion, underlined by the tresillo claves, is mixed at just the right levels, especially in the choruses, never feeling invasive or cluttered. But of course, this show is all about the stellar vocals and melodies of Yasmine. The singer’s reputation as one of kizomba’s most romantic melodists is perfectly justified by the song’s themes of love and marriage — wonderfully illustrated by the Guinean leba cabaz wedding ritual in the video — but most importantly, by the sheer sense of wonder evoked by the pre-chorus refrains. When she reaches the end of that two-part hook with the titular phrase, it leaves you gasping for air. Her silky, zouk-influenced tone has worked to great effect before, but when it’s combined with the acoustic instruments, especially that flute in the second chorus-bridge transition, it covers you with its warmth. It feels like a tender embrace. Or as Leah Isobel puts it, “Love as a waveform”.

Michael Jackson’s Estate Reportedly Made Nearly $2B Since His Death

The ‘Summer of Soul’ Soundtrack is Finally Getting an Official Release