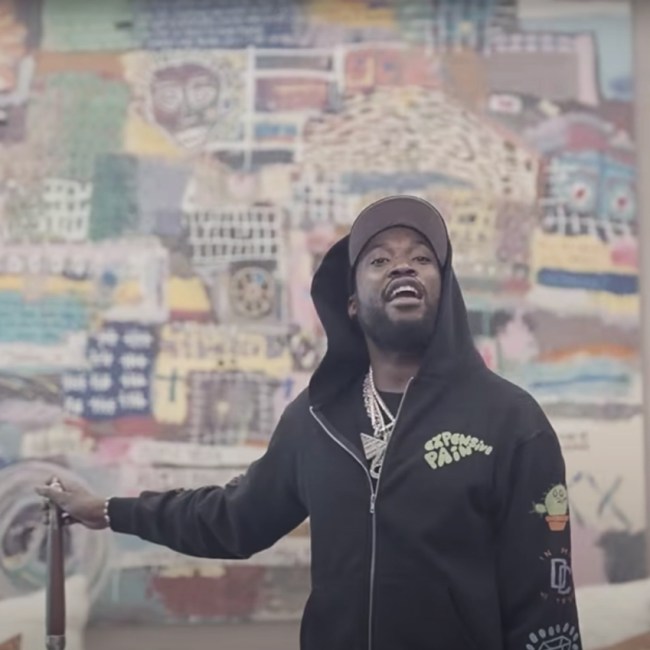 A rose gold Patek is an insufficient palliative for Meek Mill, but dropping a million makes for an adequate destressor. He retreats to the backseat of a Rolls Royce in the most garish technicolor raiment Neiman Marcus has to offer and he contemplates a steak on a private jet. Until August of 2019, Meek Mill was dogged by prison stints and the chafing terms of his probation. Before music, he braved the demons of North Philadelphia. The toys and the exclusivity allow him to distance the streets and the carceral system, but only to a point. A girlfriend notices he still sleeps with his gun.

Meek knows acquiring wealth is a poor raison d’être, but he’s sober enough to know what every incremental dollar can buy and what time away from his family and his career will cost. On “Expensive Pain,” there’s a wry pragmatism that is concomitant with Meek having expended his professional peak raging against charges he claims are divorced from reality. He lets the beat breathe more than usual and yet there’s no languor in his performance as he enters his fourth decade. He employs a slippery start-and-stop flow that we haven’t heard before. Another klaxon synthesizer banger about being a boss would ill-suit everything he’s been through. On the title track of his new album, Meek is a world removed from the shrill street rapper who lent vitriol to Rick Ross’s early mythmaking. This Meek Mill can spill his soul.