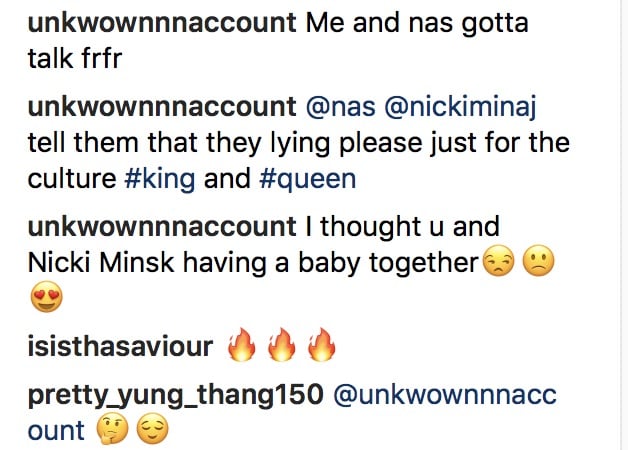 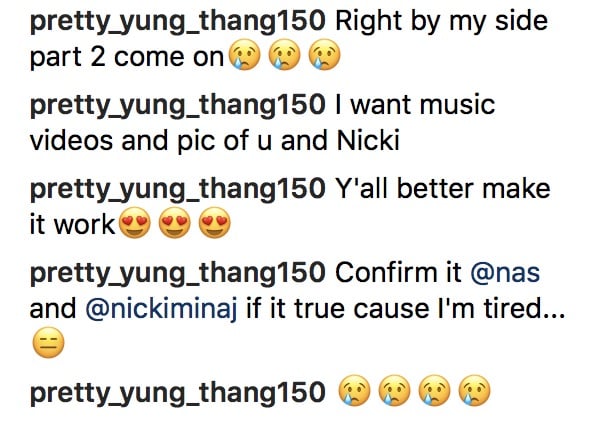 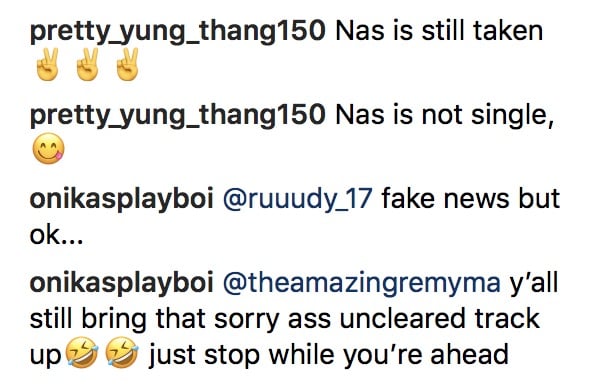 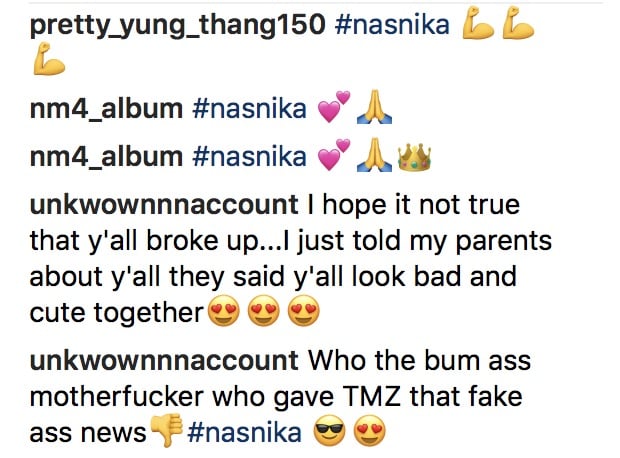 Minaj’s ex-boyfriend Safaree Samuels has since reacted to the split news.

A few months ago, buzz developed about Nas’ ex-wife Kelis wanting social media to stop dragging her into the Nicki dating coverage.

Cardi B's Found Perfect Baby To Live Out Her Mood: "Me In The Studio In A Couple Hours" –

Did The Holidays Really Suck? 5 Reasons You Should Treat Yourself W/ Phiaton: BT 460 Headphones –

Rae Sremmurd's Swae Lee's Ex Does The Worst To His Cars: "N*ggas Wanna Lie But Tell You How Much They Care & Love You" –