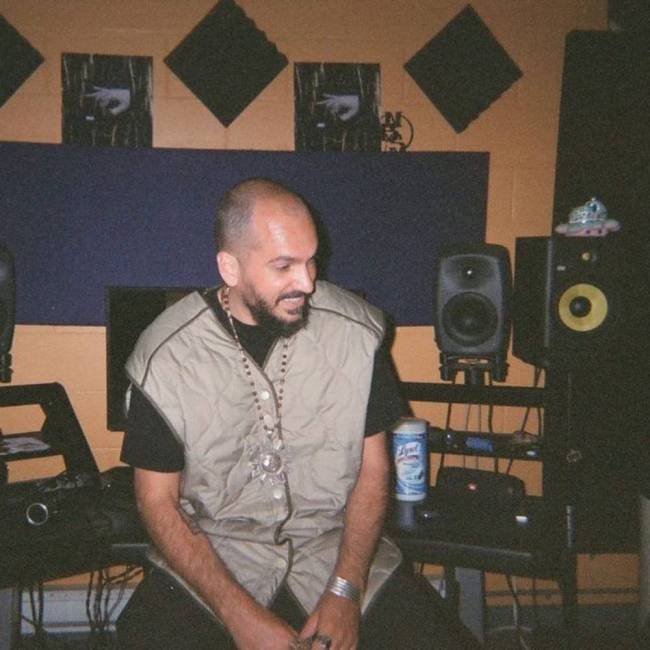 Son Raw is Montreal like Tams on a Sunday.

Montreal rap is on the come up, and I’m not just writing this because of hometown hype. For the first time ever, it feels like local talent has access to infrastructure that can elevate artists into sustainable careers, meaning everyone from autotune crooners en Français to punk rap hybrids, to underground sample flippers are making waves, both locally and internationally. For my money, one of the city’s most vital incubators is NBS, a youth-centric community studio on the west side of town, best known for producing Skiifall, but whose impact goes far beyond a single breakout star, helping polish a who’s who of artists on the city’s west side.

Rapper/producer Jai Nitai Lotus serves as a mentor and director at NBS – when we linked up, he was dealing with the space’s FL Studio licenses – but listening to Know The Shades, his latest release, it’s clear he’s learning as much from the studio’s 11-18 year old demographic as he’s teaching. Take first single “Backword” – the drums knock like classic underground hip-hop, but the arrangement accentuates dark atmospherics with up-to-the-minute electronic flourishes and the flows shift on a dime, incorporating post-autotune distortion is a seamless, natural way. This sense of balance – of old and new, electronic and organic, – is the record’s great concern, not only stylistically but thematically, as Lotus spends Know The Shades examining the algorithmically-fueled polarization gripping politics and discourse, and the subsequent imbalances this polarization produces.

That might sound like a recipe for a heady, introverted record, but to Jai Nitai Lotus’ credit, Know The Shades always emphasizes musicality first and foremost, shaping its underground lyrical concerns into contemporary sounds that stand toe to toe with MTL hip-hop’s most accessible fare. Take the “Aqua” instrumental, in most rappers’ hands, it would serve as the template for a standard turn up anthem, but instead, Lotus hides some medicine in the music, further exploring false binaries and their impact on our psyches. Meanwhile, “Still Ppl,” co-produced with rising Montreal super-producer (yeah, I said it) YAMA//SATO, marries a brilliant Dub sample to a hazy flute line, making for a perfect canvas for Lotus’ ruminations. This series of pivots, from trap tempos to 90BPM grooves culminate on “The Beloved” and “A Way Out,” beautifully haunting self-therapy sessions over ethereal harp plucks and muted chords respectively, rewarding deeper listens.

For all of the excitement surrounding Montreal’s youngest rap talent – local media still mostly misunderstands the genre’s journey and focuses solely on the superficial – Jai Nitai Lotus’ combination of brand-new flows and grown man concerns proves that there’s more to MTL Hip Hop than a demographic boom. Instead, with Know The Shades, he expands the possibilities for the city’s rap scene beyond boxes like “underground” or “turn up,” because why choose?

DaBaby & Lil Baby Baby It Up On "Baby" Collaborative Single