Lil Tjay is evidently on a social media rampage. As the burgeoning Bronx rapper prepares to drop his State Of Emergency project on Friday (May 8), he’s doing a little promo ahead of its release — but stirring up controversy in the process.

On Saturday (May 2) — after allegedly flying out Rubi Rose for his birthday without paying for her return flight — Tjay shared a video clip to his Instagram account and took a few shots at Tekashi 6ix9ine and A Boogie Wit Da Hoodie.

FUCK ALL THAT OTHER SHIT GOING ON RN SHIT IRRELEVANT ? ONLY THING I KNOW IS IM SHUTTING THE STREETS DOWN FROM NOW ON IM THE KING OF NY !! ALL THAT OTHER NA NA NA SHIT ND SNITCH RAINBOW HAIR SHIT GOING ON IN MY CITY A DUBB! THE REAL GON UNDERSTAND… MAY 8 IM GIVING YALL THAT PAIN YALL NEED, ITZ UP NY STAND TF UP ?? ?? #stateofemergency #MAY8th !!

“I ain’t gonna lie, bro,” he says in the clip. “Niggas really be clout chasin, niggas be really dick suckin’ and clout chasin. How you even gonna put my name and rat in the same sentence? Who does that, bro? You ain’t got no OG. That’s why you talkin’ like that.

“That’s why you movin’ like that ’cause you don’t got no nigga to tell you nothin’. You stupid. You look stupid. What the fuck you talkin’ about? You a whole joke. And niggas will beat the shit out of you.”

Boogie’s Highbridge label mate Don Q also had a few words for Tjay in yet another IG video.

“Word to my mother, I’m not saving niggas no more,” he said. “Next time niggas see niggas, niggas getting stripped out of everything, respectfully. I’m telling you now. Don’t say niggas’ names. Don’t say my man’s name. You niggas playing around like this shit is a game, shit is not a game. Matter fact, I been out the way too long, niggas think they can say whatever.” 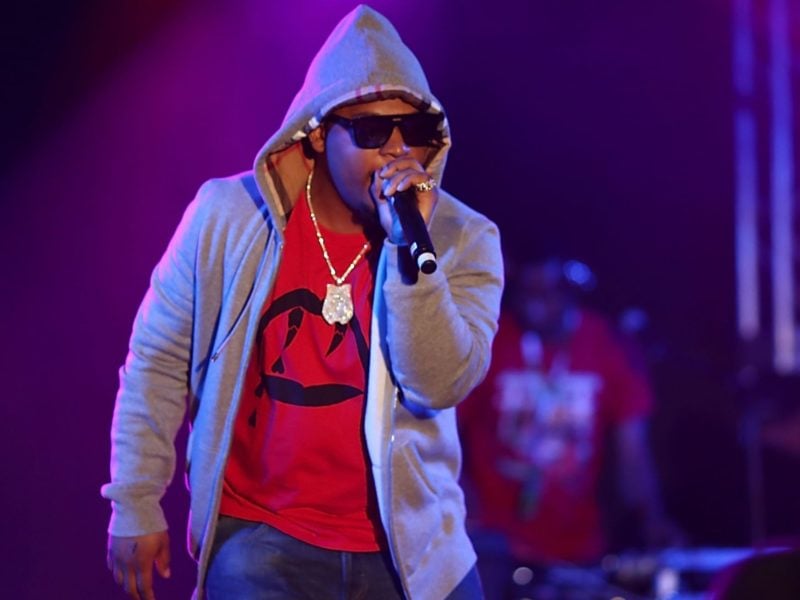 Don Q Returns Fire With 2nd Tory Lanez Diss “This Is Ya King?”

Tjay replied, “Yo, you can suck my fucking dick, how ’bout that, nigga. Yo, Don Q, suck my dick, nigga. Slap the shit out you, nigga. You stupid, nigga? You fucking dumb? Y’all niggas is real pussy.”

Q then shared a video of Tjay allegedly getting a beatdown and insinuates he should have beef with one of the guys who attacked him.

“Fuckin’ clown … they playing tug-o-war with this little nigga,” Q says in the clip. “Get up and throw a punch or something … fuckin’ clown. I hope you smokin’ one of these niggas … kid is a whole clown.”

Don q pulls out a video from the archive of allegedly #liltjay in a altercation ?

From there, Tjay attempts to explain what happened in the video.

“The first thing I said is, ‘y’all want to keep it casule [casual] or what you trynna do?’” he wrote. “mind u I was only with marky they was like 10 deep … just putting it out there cause regardless it don’t even matter I’m really on timing. this video is pointless. he snuck to record it anyways.”

He added, “He asked what keep it casule [casual] means and I said ‘same way we been moving.’ literally gave him a option ’cause before the video I said I don’t wanna talk it’s either it’s litt or it’s not … at the end of the day I left the option on the table.”

There were other moments where Tjay just gets increasingly disrespectful throughout the online back-and-forth. He not only said he was going to snatch Q’s chain and feast on his genitalia, but he also dragged Boogie’s girlfriend/mother of his child Ella Rodriguez into it.

Watch the clips below.

#liltjay responds to #donq and says he taking a high bridge chain this year ?. Throw the whole 2020 away ?

“Curated By The God Hov”: JAY-Z Makes His Own Best Of Nas Playlist