Rap executive Irv Gotti is ready to give diehard fans a serious history lesson. The hip-hop mogul has announced plans to release a new series based on Murder Inc.’s rise to riches.

Back in October, Irv talked about the likelihood ever working with former Murder Inc. rival 50 Cent.

Weeks prior, Irv responded to disses shot his way from 50 Cent.

In August 2017, Gotti responded to shade thrown his way from the G-Unit boss. 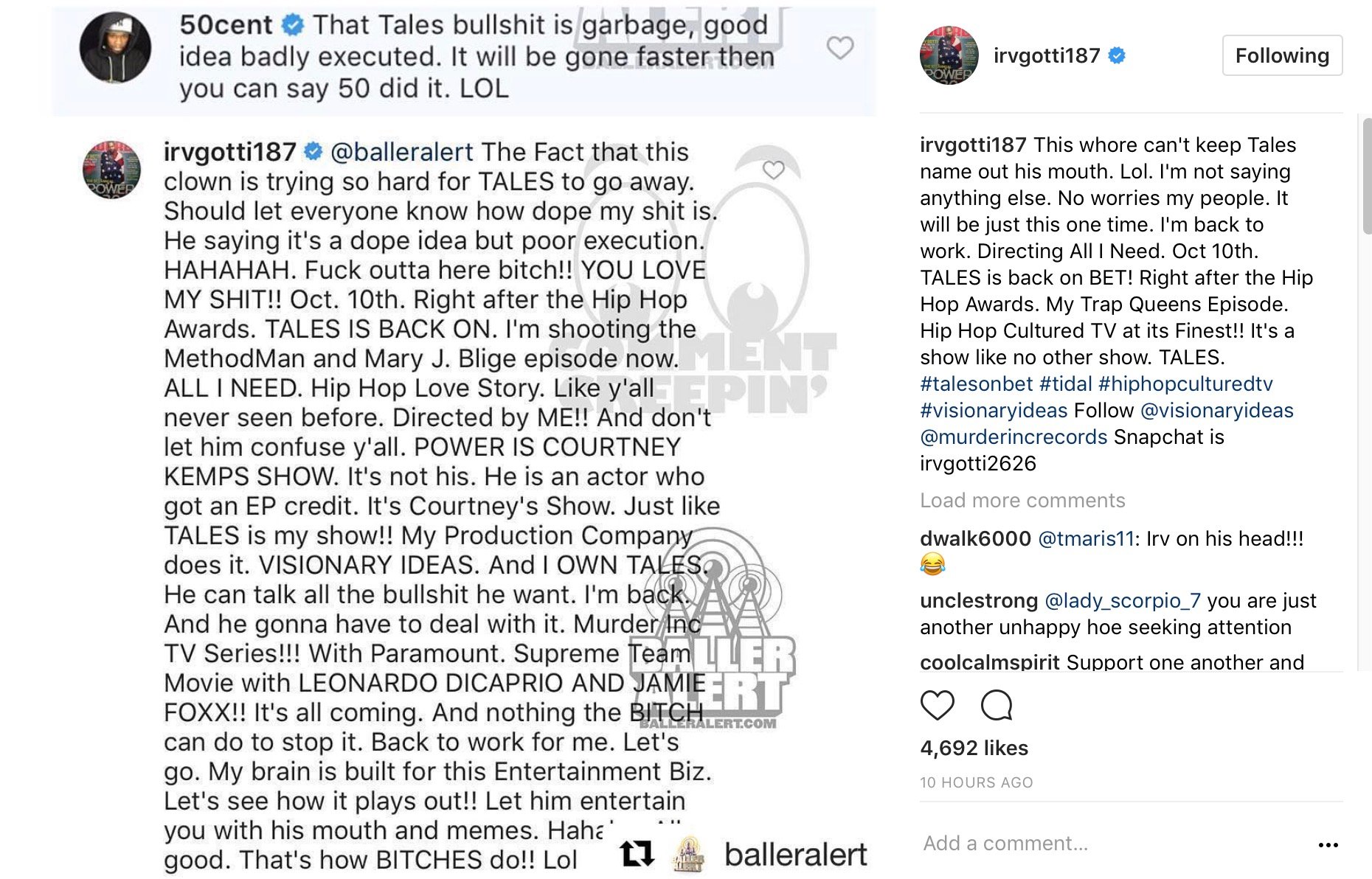 Kanye West & Kim Kardashian Live It Up, Chase Their KimYe Goals Before '17 Ends –

Chris Brown Responds To Everyone Thinking He Really Choked Out His Girlfriend: "No FOUL PLAY. NO IGNORANT SH*T. END Of Discussion" –