Reality TV has dulled our expectations when it comes to youngsters with the potential to be a superstar.  In a world where success is based on Instagram likes and a conformity to studied poses and looks, it’s easy to accept the bland.  It’s even easier if you are young to go along with this to get the ‘likes’, a lazy playing-by-the-rules to get ‘fame’ quicker.

It’s therefore getting harder as a music fan (or ‘consumer’ as we are called these days) to dig beyond the surface of identikit wannabes and find something substantial or with potential, so keen is the industry to get a ‘quick win’ and an instant hit.

Artists with youth on their side should have a rawness, still having the time to discover themselves and their style, and the success of Lorde shows you can still get noticed by being yourself without fitting the expectations of the industry. 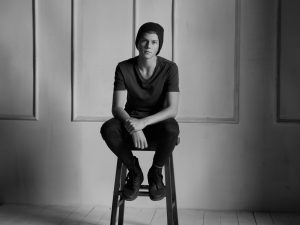 Two new young artists on our radar this month are Ruel and Millie, quite different in style and background, but nevertheless engaging and artists to take note of for future reference.  Despite having producers in the background these songs very much showcase the words and voice of each artist.

Australian singer Ruel, at 14 years old, has just released a song he wrote at the age of twelve.  “Don’t Tell Me” has that chart-ready polish from the off, a piano-heavy gospel sound courtesy of Grammy-winning producer M-Phazes.  The production becomes secondary to Ruel’s accomplished voice and songwriting though, which has a maturity beyond his years.  There is the occasional reminder of his age; the raw wavering as he sings ‘I’m not your disciple’ which along with his use of falsetto adds a vulnerability.   ‘Don’t tell me I’m not ready for love’ he repeats, and this will certainly win him a lot of love from fans old and new. 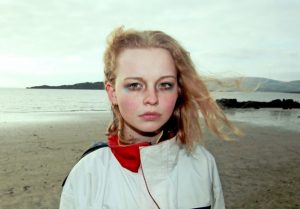 Mille is from London, and at 16 she set her poem “Underwater” to music, raising money for charity.  Fast forward several months and it has now got an official release on her 17th birthday with the below video directed by producer David Turley of Lovers Electric.

Electro pulses provide a simplicity which lift her vocal to the forefront.  It is great to hear an artist’s voice without too much post-production sheen and there’s a welcome charm through the flaws.  I want to believe the words and Millie’s vocal is certainly affecting and centre stage.  Dancing on a windswept beach she sings with mature self-realisation ‘We are young, we are afraid but we are free’.  The video combined with the song encapsulates the pure, raw element of youth.  It’s like how “Big Time Sensuality” might have sounded if London Grammar’s Hannah Reid had been the vocalist.