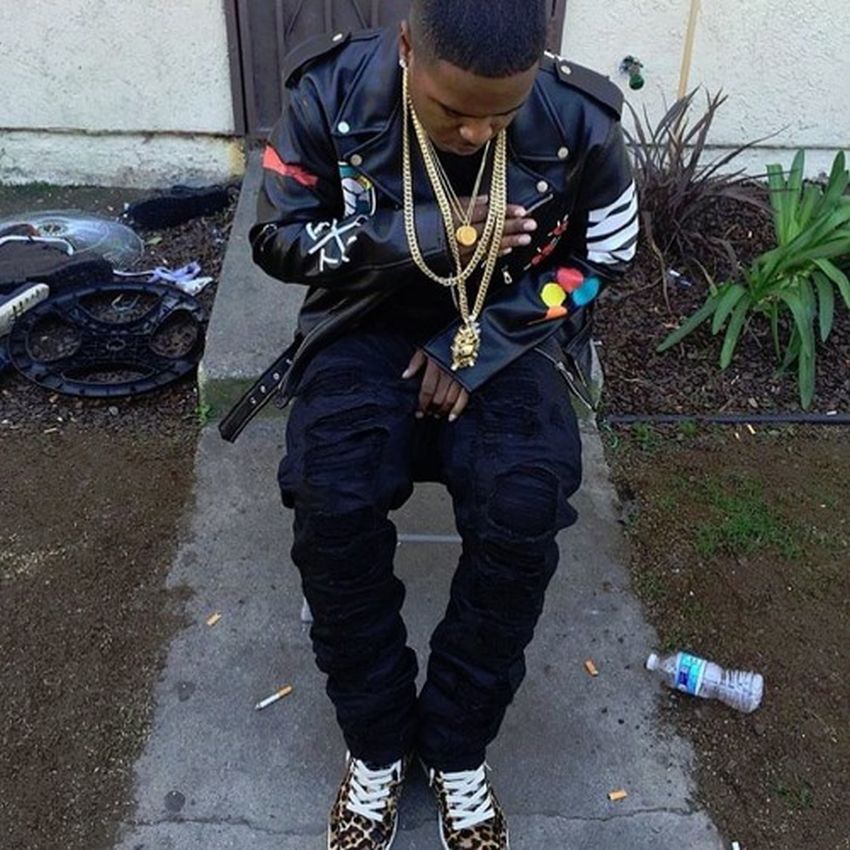 In light of the tragic passing of Drakeo The Ruler, POW will be revisiting some of his greatest hits on this website. This article was originally posted on March 3, 2020 by the late, great Lucas Foster.

Lucas Foster hopes you did or will participate in your state’s primary election.

Two years removed from what ended up being the crest of LA’s Gangsta Rap Revival our Gods are incarcerated but not yet defeated. In this latest permutation of Hellworld, Drakeo and 03 Greedo, two artists who updated a universally acclaimed and globally popular sound for our Brave New World, have been banished to cramped cells smaller than the booths they should be recording in.

Drakeo’s impending second trial seems like a fever dream. A miscarriage of justice so blatantly racist, so antithetical to concepts of human rights and equal protection under the law, so out of sync with the high-minded ideals our leaders claim to uphold, that it splashes cold water in your face. This double jeopardy justice occurred to a world famous artist with high powered lawyers and media mouthpieces behind him. One does not need to guess what happens to black men with public defenders and five other structural disadvantages every day. “Flu Flamming” is probably the Song of the Decade, certainly the best LA Rap Song of the last 20 years [ed. note: who am I to argue?], but this is not the only reason to #FreeDrakeo. The facts of his case, facts reported by our fearless leader, and my spiritual father, Jeff Weiss, in great and damning detail, document a miscarriage of justice out of step with anything you would think happens in a democracy.

But surely this is not a democracy. That prison reform and private prisons as the New Jim Crow disappeared from the discourse of establishment democrat candidates is proof enough of this. After Eric Garner, Trayvon Martin, Freddie Gray, Tamir Rice, Ferguson and all else that happened in the middle part of this decade, the Democratic party is spending billions of dollars to sabotage Bernie Sanders and re-elect Joe Biden. The same Joe Biden who championed the 1994 Violent Crime Control and Law Enforcement Act. That same Joe Biden who worked “across the aisle” with segregationists.

These craven corporate drones wish today to pop the wind out of the sails of a multiracial, working class, democratic socialist movement. Ostensibly because Bernie Sanders and those damn Bernie Bros are “so angry.” They wish to uphold “Our Democratic Norms,” “Our Republic,” “Our Institutions.” Those same norms and institutions that are allowing Drakeo to be tried twice for the same fabricated crime. The same institutions I navigated Monday morning, when I was told I couldn’t be seen for therapy until I started taking experimental antipsychotics. The same institutions which have kept my mother from psychiatric treatment for the last 10 months. The same institutions which leave 100,000 Angelenos sleeping on the streets.

Free Drakeo is a project that is as much a piece of music as a rallying point. It’s not just because the songs are great. We’re behind this album and this movement because we are sick of a county that spends more on county jails than county mental health treatment. We are fed up with a DA whose husband has put a gun to black lives matter protestors. We are sick with a criminal justice system that would do this to an artist who means more to a city than any politician.

Drakeo will beat this case, and be free soon enough. Greedo may languish in a brutal Texas prison system for another two decades. The entire system needs to be burned down.

How Black Musicians Are Creating Soundtracks For Popular Meditation Apps