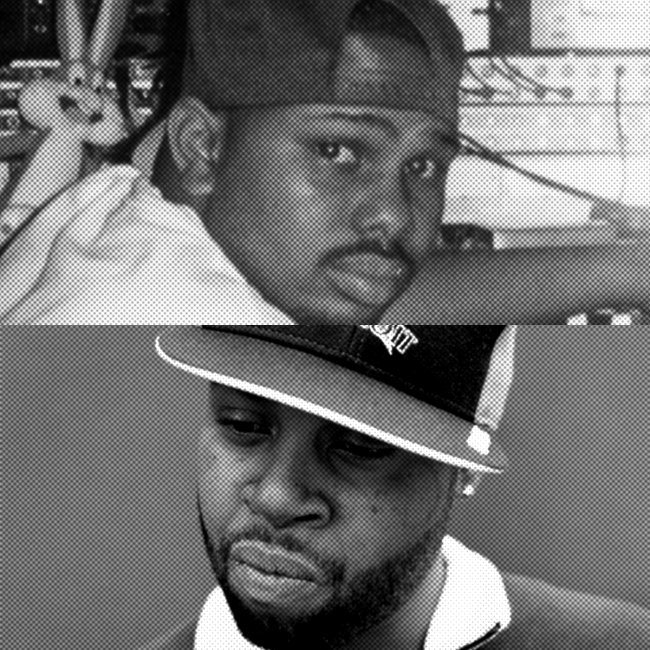 Today, DJ Screw and Dilla are gods and legends deified  on t-shirts. It’s easy to forget before any of this happened, they were the cult heroes of diehard fans and obsessives. They were two artists who  grew up in musical households. Before he could walk, rural Texas’ Robert Earl Davis. Jr, aka DJ Screw, would stand as his mother played the blues and jump – the rhythm animating his limbs to do things they couldn’t do yet on their own. Across the country in Motown, James Yancey’s father would literally play him – slapping his infant belly rhythmically like a bass to soothe him.

These were analogue engineers and mad scientists. Screw would turn AM/FM dials into cross faders and daisy chain car speakers around his room to create an arena of sound. Dilla would dissect dual cassette decks, locating the speed adjustment screw to modify his sophisticated pause tapes. They embodied the inventive spirit that powered the inception of hip hop, splicing turntables together and hacking street lights, pioneering the technology they needed when technology was lacking.

The pair of production legends were separated by two years (in birth dates) and 1,300 miles in geography. Each is the subject of two of the best books of this year. Tomes that break every rule of the hip hop biography to rewrite them in a way that suggests something new, and more ambitious for the future of rap scholarship.

Dan Charnas’ Dilla Time (2022, Macmillan) is a work of biography, but also a history of Black American music, a sociological history of one of America’s both great and neglected cities, and a work of granular music theory. The Houston historian Lance Scott Walker’s DJ Screw: A Life In Slow Revolution (2022, University of Texas Press) is an oral history nearly 20 years in the making that traces the life of a man, and serves as a forensic accounting of the sound that became the aesthetic of a city. Both books make the persuasive argument that the work of each producer was a combination of specific, unique genius, and of insight derived from their respective environments.

Detroit is discordant. A city that operates by two sets of rules depending on your race and class. It has a rich and storied musical history that was bombed out and abandoned for greener pastures by the late ’80s. Motor City was mapped in 1807 by an emissary of President Thomas Jefferson to work as a radial city plan, a system of elegant interlocking triangles that formed hexagons, forcing mathematical European colonial “perfection” on rough and unformed American wilderness. But the chaos of life and people intervened. The settlers of Detroit resented the plan and after the initial blueprint was laid, it was sabotaged, sold off piecemeal and constructed as a grid. Today, from above it looks like two cities, a rhythmic conflict between straight time and swing time constructed out of concrete, steel and glass. 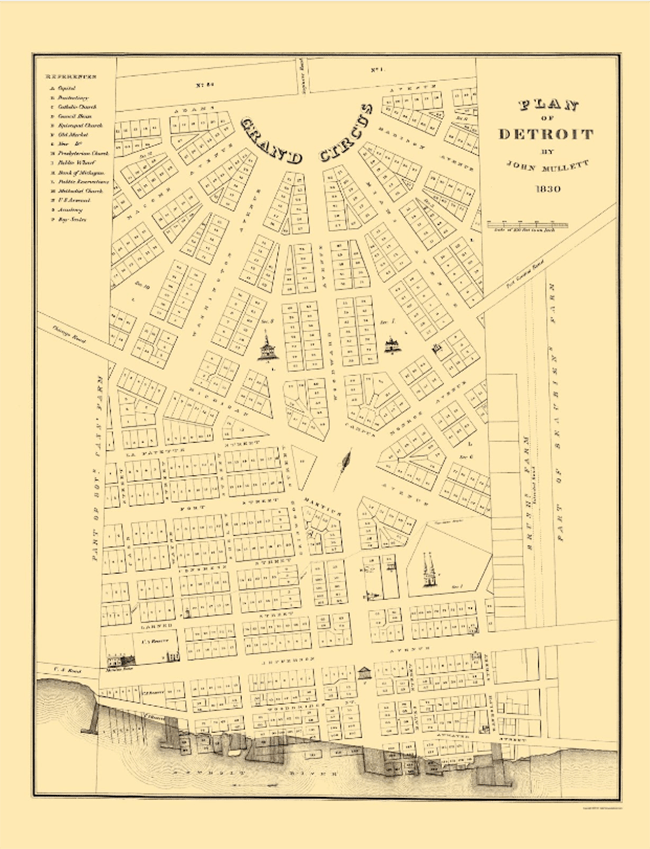 Houston is a humid city of languid, leisurely sprawl. Strewn with oil fields- a magnet for job migration as industry died in the rust belt- it boasts 10,000 square miles to Detroit’s 140ish. The fourth largest city in America, the home of the Rockets and Astros is known, because of its long-standing relationship with NASA, and because of its literal dimensions, as Space City. That much room to breathe tends to stretch life out and slow it down.

Dilla’s first sampler, the Akai MPC60, and its forebears, were created in good faith, with the goal of facilitating more perfect music. It had a feature called timing correct that could line up a drum pattern for you – a feature Dilla recognized as a bug and worked around, by isolating percussion sounds and sequencing them himself. His drums wouldn’t necessarily follow rigid two or four-bar loops; he might program twenty bar patterns that wouldn’t repeat.

Dilla’s project was taking the cold, metronomic punctuality of these machines with their digital clocks, and injecting syncopation – the warmth and trouble of humanity. He manufactured the quality of live instrumentation. Picture a drummer on a kit rushing and dragging, inherently understanding this complicated the music in ways that drew the listener in. He worried the note, fucked with your inherent expectations of where the snares should go. The musicians and recording engineers could tell something was off with the backphrased time feel. It sounded wrong. It sounded perfect.

Screw’s sound has a predictably convoluted historical parentage. Perhaps it was circumstance and the city itself that first chose it. On a rare radio show that platformed hip hop in the late 80s a Houston DJ accidentally played a song at 33 ½ bpms rather than the standard 45. The response from his audience was so uniformly positive, he brought augmented tracks with him to the clubs. Some will claim that the style isn’t even named after the man, but a piece of physical anatomy on a tape player, the literal screw Dilla once found that could be used to manipulate the motor on a stereo, slowing the tape speed below the voltage regulator’s lowest setting, to the 8th, to the 16th. But it was Screw that turned these disparate ideas into a Texas BBQ sauce-lacquered brand. It’s a shorthand that exists today, when in the midst of a Drake, or A$AP Mob, or Beyoncé, or Travis Scott, or Justin Timberlake hit, the vocals drop to a demonic crawl, the snare indistinguishable from the kick drum. You know who they’re quoting and where the person they’re quoting was from. It’s a signature Screw scrawled across Houston, and the entirety of rap, in sharpie.

Every voice is an instrument, but Dilla illustrated this in stark and original ways. He could scat and pop in his verses, stutter and cough and breathe, always slightly off. The words were sound delivery systems, the lyrics byzantine, manipulated and bizarre, but would play in Detroit strip clubs or with Detroit English tutors with a working knowledge of colloquial slang and an appreciation for dad jokes. There were internal rhymes and uncoupled rhyme schemes. The bars would be oddly numbered or the hooks would jump out in places they didn’t belong. His cadences would rhyme with the melodies (until they didn’t) even if the words didn’t always rhyme with themselves.

In the 90s, Houston’s drugs of choice were weed, alcohol, and codeine. All depressants. Screw’s tapes scored this downer high. The city was shaped by syrup, drenched in it. Screw’s fat, muddy music was experiential. It felt like a night of sipping Barre, delivered by Fourth Ward Dave or Pat Lemon to Screw’s house in Greenstone, poured over ice and Jolly Ranchers, topped with sugar rich soda in a styrofoam cup, in the throes of a marathon recording session that finds you slumped at 3 am. The cacophonous low end runs through you like a pulse, captured in a blacked out, liminal space between drowsily awake and knocked the fuck out; the back of your eyeballs itching like mad. A common refrain amongst Houstonians is Screw’s art was an act of service, that he was slowing down the music specifically to allow them to fully digest and interpret the meaning of the words initially delivered at a bpm beyond their grasp. This perhaps explains the gratitude some of his oldest and most fervent followers have for Screw. It was art by them, and for them.

Dilla’s brother Illa J has attempted to explain Dilla’s sound as a generational sense of rhythm that ran in the family. Dilla was quiet as a child because he stuttered like his beats. There was a stutter in his walk, his head nod was syncopated. He gravitated towards skewed sounds, words, meanings, the world itself seen and heard slightly differently. This is how you get from Singers Unlimited’s line reading of the name “Clair”  to “Players“, as it’s doctored on the Slum Village track. To be in the moving pocket with Dilla is the counterintuitive and yet entirely simpatico sensations of being in seasoned, confident hands. It’s being on shifting plates, quaking as the record spins.

The “Screw” gets the lion’s share of attention, but perhaps it’s the “chop” that was his revolutionary innovation. The scratch has been employed since the beginning of rap as an instrument, an effect. The chop is different. It’s a double tapped stumble, a candy painted slab hitting a sudden pothole, then the sound clips. Screw didn’t just use it as a rhythmic timing mechanism (but it could be that too when used to elongate a bassline); it was an interpretive tool used to accent and blend. He became the editor of his compositions; it gave him a neon highlighter he’d use to concentrate ideas, to translate, an urging of the listener to sit up and pay attention, telling us things we may not have heard. That lived in his head and had to get out.

In the south, a synonym for “friend” is “partner”. The Screwed Up Click was the epitome of this concept, a loosely grouped constellation of family, neighbors, fans, and aspiring artists, much as Slum Village (fast friends with Dilla at John J. Pershing High School) and Frank N Dank (a junior high classmate, and a friend from elementary school) came together under Dilla in the Detroit neighborhood of Conant Gardens. They shared blunts and cups and couches and barbers. They were broke together. They got rich together. They were communities drawn out of the air and soil, an empire built one 100 minute Maxell tape at a time, sold hand to hand for $10 out of the Broadway Square apartment Screw shared with his father, and in the scattered basements of P Funk session players and hobbyists with studio equipment around 7 Mile Road. These were organic, slow coalitions from places with little rap history, so the men came together and made it themselves.

January 24th is DJ Screw Day in Houston, Dilla Day is March 10th in Detroit. His sound lives on in albums released as recently as Georgia Anne Muldrow and Elzhi, and Robert Glasper’s latest 2022 releases. It lives on  in the National Museum of African American History & Culture in D.C., where his sampler has been donated to the permanent collection and is prominently displayed as a piece of history.

The song that launched the Houston Renaissance was called “Still Tippin”, released in 2004, by the Swishahouse collective (Direct products of the twin strains of Rap-A-Lot and the Screwed Up Click, that birthed the modern Houston rap scene). The song was produced by Screw’s cousin, Salih Williams. Right now, you’re hearing the hook reverberate in your head: a looped pitched down snippet of Slim Thug’s verse. 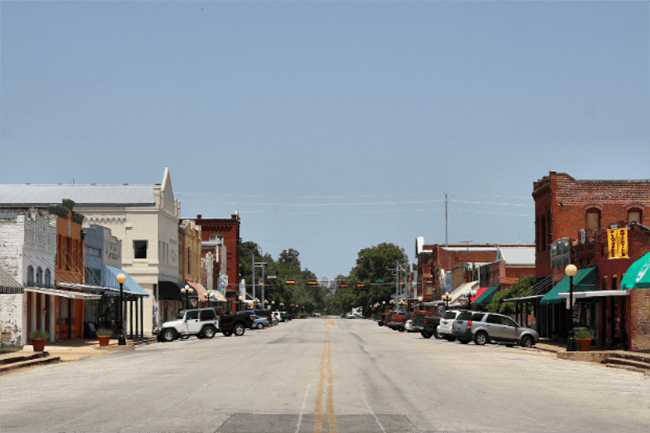 The rare blood disease that killed James was almost as unique as his talent. The odds of contraction are six in one million. Robert arguably was killed by his own music and the culture it inspired. For years, Screw subsisted on a diet of No Doz, a caffeine pill used to stave off sleep, and daily fast food. The only water he’d drink would be the melted ice in his cup of codeine. He smoked cigarettes dipped in a mixture of embalming fluid and PCP. But if you ask the people around both men, it was their work. Their work was their lives. Nearing his deathbed, Dilla resisted treatment. He went on an international tour with Madlib. He made Donuts. And even when his body told him he desperately needed it, Screw wouldn’t rest.

After Screw died, he was buried out in the country, back in tiny Smithville. On the day of the funeral, the Texas soil was too soft to lower his casket into, so the pallbearers had to wait for the conditions on the ground to improve. DJ Screw’s sister, Michelle Wheeler, still believes it was her brother, asserting his pace one last time. In his life, as in eternity, he wouldn’t be rushed.