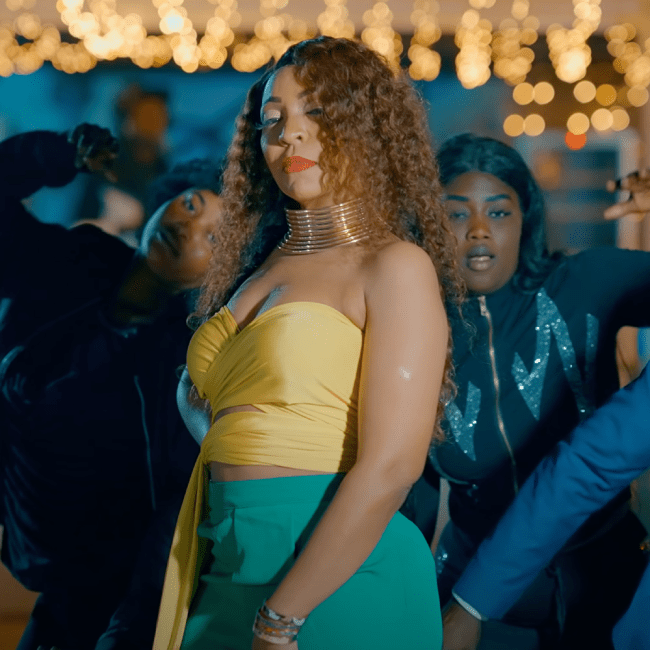 On the other hand, “Diayoulen” by Dieyla is closer to the sounds of the mbalax of yesteryear, both in structure and on a vocal level, although the current production gives it a boost in the low end and a lot of brightness. There is only one tempo variation here, but the rhythmic patterns of the Sabar are equally complex (and difficult to play even for a veteran, believe me, I tried) and Dieyla brings the elegance in her voice that we know and love. Bonus points for the short guitar solo at the end.

From Mali: “Wasulu Don” is one of those musical pieces that provokes total joy from the first second you hear it; not every day that you get a perfect wassoulou-blues fusion from the greatest singer of the genre. The opening riff is simply undeniable, with a sonic character that equally reminds of the highlands of Northern Mississippi as well as the desert landscapes evoked by Ali Farka Touré. But the great force that puts this over the edge is obviously Sangaré herself, whose deep melisma brings in beautiful and expressive melodies that break the percussion space and stimulate the senses.

From Ivory Coast: As I’ve said before, I always like to delve into the Ivorian scene to find out what the scene is doing to its typical rhythms, be it in terms of fusions, or vocal innovations. Among the most interesting representatives of this new guard is Safarel Obiang, whose “Drill Décalé” put him in the eye of the continent, and who now brings his frenetic but tightly-controlled flow to this rock-fuck-coupé fusion led by the more melodic Bebí Philip. The theme is an explosion of extravagance; distorted guitars, slap bass, and a lot of dynamics on the keyboards, but it is Philip and Obiang themselves who stand out for their highly-contrasting voices. It is songs like this that show the capabilities of both and why they are so present in the musical environment of the country.

From Angola: Cabo Snoop is a somewhat atypical artist for the Angolan scene. With a career shaped by the sounds of Anglo Africa rather than by the Lusophone countries, Snoop presents us with a pop amapiano song in which he shows his immense melodic abilities, his auto-tuned croon moving smoothly in this summery production. The instrumental is also somewhat atypical even for amapiano, mainly because it is sonically closer to the Namibian variant than the South African we all know, especially in the sparseness of the production, and the apparent lack of song structure, but that is what makes “Controlla” so striking; being so familiar and so foreign at the same time.

From Tanzania/South Africa: I love these kinds of crossovers where two strong talents with tons of stage presence and the talent to make any production shine come together to show off their greatness. “Kunjani” is a rather classic amapiano tune, with dark synths and the occasional industrial wink, but here it basically serves as a backdrop in which these two stars exchange verses and ooze attitude by the heap. It is a theme that feels triumphant, and as such should be irresistible in the clubs of the Bantusphere as well.