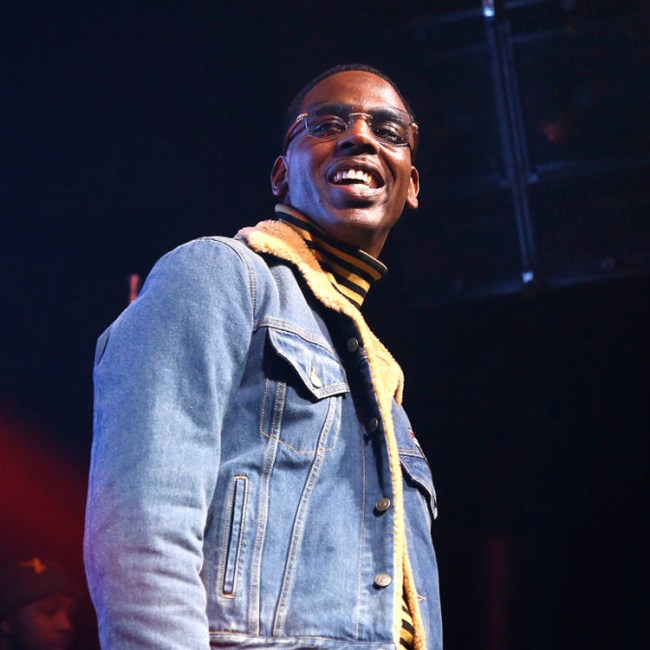 Will Hagle curated a 3-hour Young Dolph playlist to celebrate his life. Listen below.

Think of his family. We feel like we know them, from his music.

Momma Gabbana and his father: distant addicts during childhood but still in his life, honored forever on “Black Queen,” last seen playing piano accompaniment & smoking kush with their rich son on a yacht.

The grandmother who raised him: in her mid-90s but, as of this year, according to “Cheat Code,” still shooting dice with him in the casino.

His kids. Baby Dolph: a hustler since he was in pampers. His daughter: the second of two children who became extra motivation to go get the money for a man who needed none.Their mother, Mia Jaye: by his side for a decade.

Think of them and think of his friends and then think of Memphis. A mythological and real city with a perpetual forecast of recurrent mourning. Where local news at the scene of the shooting turns into shareable clips optimized for this high engagement time of post-mortem social media.

Watch as a child’s tears represent what we’re all wondering: Can the world really be this cold? (Yeaaaaaaaaaaaaaah!!!!!!) What happened? (It’s Dooooooolph!) Why does Young Dolph have to be shot and killed in broad daylight at a cookie bakery in his hometown? ( … )

No one can tell you how to grieve them when they die, but Dolph did have a specific request. “If I get killed tell my mama that it’s all good,” he raps on “Thinkin’ Like Pac, Feelin’ Like Biggie.” “Bury me in D&G and blow a whole pound of looooooouuuuuud!” If only it were that simple.

Dolph had a way of working in lines like that—reflections on typically difficult complexities of life, like its brevity—amid lines punctuated with exclamation points about getting money, going to get the money, and not forgetting to go get the money. His lyrical style was to slice open his funny, egotistical, emotionally-pained, money-obsessed, imperfect brain and transfer it in raw form through the microphone. Then to react to whatever he just said with an expected or precisely misdirected adlib. There’s a reason he named an album Thinking Out Loud. He gave us a straightforward stream-of-consciousness in real, rhymed time. No matter how reliable the topics were, the wording was never predictable. Line by line he could catch you off-guard with a punchline, offend you, win you back over, drop a harsh truth about the cruelty of existence, then remind you to not forget to remind yourself to go get the money.

Death lurked in Dolph’s shadow throughout his tragically short 36 years. The fatal car flip he mentions in “Real Life.” The unspecified shared brush with the other side he casually breezes past in “What’s Poppin’.” 100 shots in Charlotte. The shooting in the valet parking lot at Loews hotel in Hollywood that sent him to the hospital.

But he was bulletproof. Either despite or because of death’s taunting proximity, Young Dolph also exemplified life. Of living to its fullest potential. In spite of its certain end. Few people genuinely pray for their enemies, laugh them off, and lyrically dismantle them in one verse. Dolph was nothing like the rest of them.

His atypical form of success was the result of a years-long campaign to become a living legend. Who else would go onstage in North Carolina the same day the bullets sprayed his SUV? Who else would release that Bulletproof track listing, add the surgical masks on the Spotify album covers, or run an unconventional music business with genuine passion? Who else could spread the spirit of South Memphis worldwide, inviting anyone along for a tour? Who else could create a music video for almost every song in a near-but-unfortunately-not-quite-endless catalogue? (No one!)

Dolph’s music was grandiose and self-mythologizing. It helped him become what he viewed himself as: a story bigger than himself. The self-made millionaire who rapped because it was fun and easy. A 30-something achieving what Master P and too few others have: the cutting of all non-M-related conversations with major outlets and the establishment of an independent label with a legacy more meaningful than all of them. The self-proclaimed King of Memphis. The one who came from nothing and attained everything. Young Dolph was a more impressive businessman than all the billionaires in space and a better motivational speaker and musician than everyone on the 2019 Tony Robbins & Pitbull: Self-Made Success Tour. With the right beat behind him, and a clever enough hook, Dolph’s various riffs on his proven formula were unstoppable.

Most humans are fake. So fake that we can’t reconcile the existence of authenticity. So sheltered from our own convictions that we resort to either idolizing or antagonizing a rare uncompromising soul like Dolph’s. No one is perfect, but they’re a little bit better than everyone else if they’re at least true to themselves, unintimidated, un-influenceable, and unwavering. That doesn’t always lead to positive outcomes. If you don’t think realness-worship can backfire, listen to “Sunshine.” But Dolph Obama was not Trump. As an artist, he presented himself as a likable, generous, loyal yet obviously also complex and flawed person. There’s not much evidence he was anything different in real life. But how would I know? Think of the people who did.

The cold world lost more than an important artist this week.

A family lost a member.

A city lost its richest son.

No one can tell you how to grieve, but I suggest you first think of them, and then steer as close as you can to Dolph’s own advice. Don’t worry. Everyone dies. The longer you live, the more people do. It sucks. Sometimes joking or laughing about it makes it better, makes it easier. Sometimes it doesn’t. As does or doesn’t listening to music.

Walking my dog on Wednesday evening, deep into a revisiting of the mixtape equivalent of Fast Five or Harry Potter & the Order of Phoenix in the High Class Street Music series (yeah the 5th one!), a car blew past blaring the same two words that had been passing through my ears and rattled brain, over and over again, in erratic yet unsurprising repetition.

Since he was 17 he wasn’t able to get rest. We were better off for that, and he would like us to think that he was too. But no 36-year-old father is better off dead. The loss itself is, like Dolph, bigger than the actual thing. A violent end to an inspirational example of independent hustle. The tragic conclusion we were rooting against.

No one can tell you how to grieve, but I made a 3 hour playlist of a bunch of songs if you want to listen: