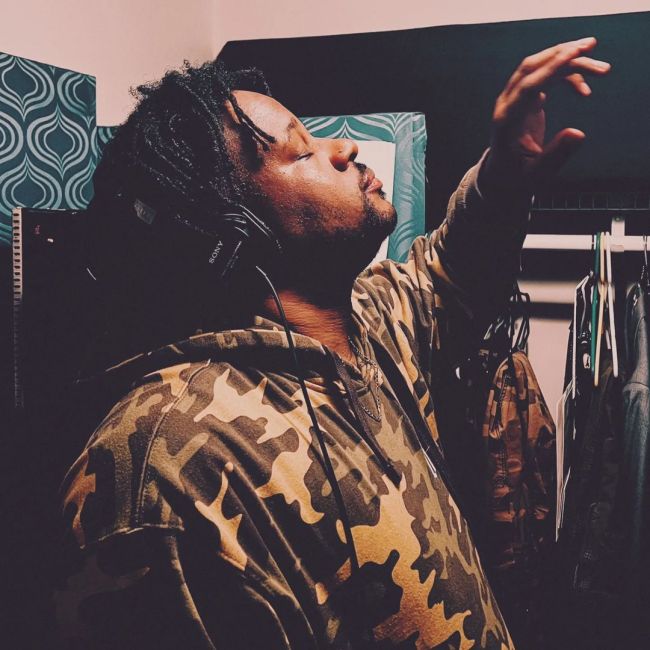 While most of us have been able to scratch the Open Mike Eagle itch with his phenomenal podcast, What Happened Was, let’s be honest, there’s never a bad time for the L.A.-by-way-of-Chicago master lyricist to drop a new joint. Hell, the last one, the coiled scorcher “Burner Account” with the always-on spot Armand Hammer dropped in September of ’21, and six months between verses simply is too long. Fortunately, the wait is over with the release of the Illingsworth produced “Multi-Game Arcade Cabinet.” For those born post-1990-ish, your PS5 was preceded by stand-up devices housing one game only that cost a quarter to play. They’ve been recreated today to look identical, but with technological updates, the big boxes now can house numerous titles in their oversized memory. Bottom line, what once was one has multiplied to many, a perfect metaphor for this team-up beast of a track.

OME is no stranger to the posse cut. As “Hurry Up and Wait (Remix),” “Me & The Mikes,” “Syrup,” “Air Pegasus” and presumably his grade school report cards prove, Mike plays well with others. “Multi-Game Arcade Cabinet” maintains the continuity. Employing the talents of R.A.P. Ferreira (returning the favor from PINBALL and their shared Hellfyre past), Still Rift and Video Dave over a stretched-out 8-bit beat and a drum machine, the track is an underground backpacker’s wet dream of lyrical madness. The imagery and one-liners here are so tight they snap. Each cook brings his own spices to the mix. R.A.P. starts the soup with his adagio-paced mystical madness before Still Rift goes more allegro with his lyrical density followed by Video Dave bringing the bass to the base. Open Mike concludes things, and while there are plenty of comic book nerds spitting plenty of related lyrics, props to the Maestro for dropping the first “Black Bolt and Lockjaw” from the Inhumans reference of which I’m aware.

Now if you’ll excuse me, I’ve got a pocketful of quarters and places to be.

XXXTENTACION Producer Khaed Has Passed Away

Trap Beckham & Flo Milli Drop Party-Starter ‘Back It Up’ Single