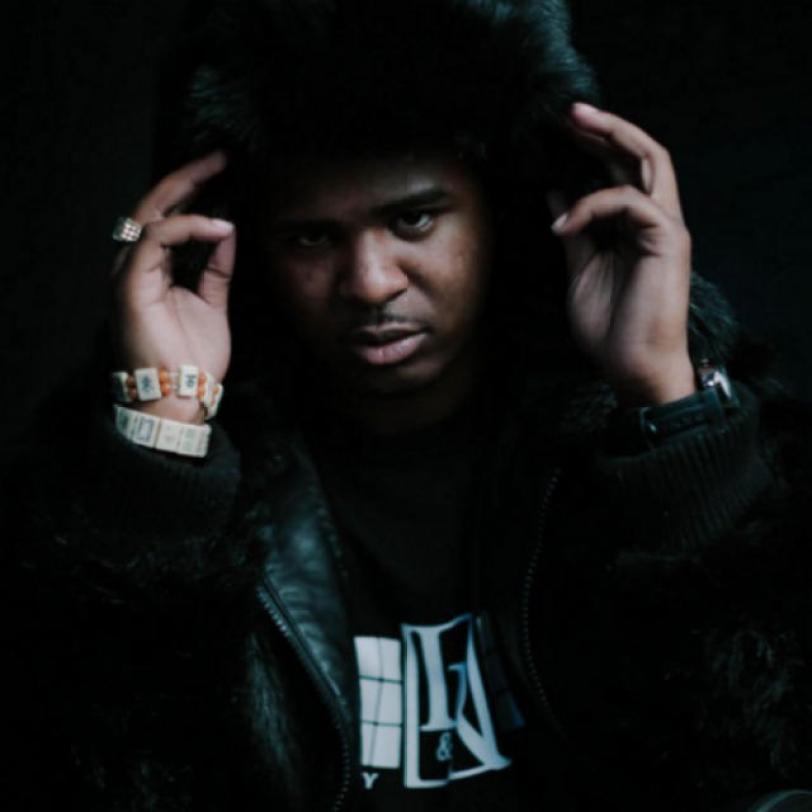 In light of the tragic passing of Drakeo The Ruler, POW will be revisiting some of his greatest hits on this website. This article was originally posted on April 7, 2018.

Drakeo should be home by now. A Superior Court judge originally set March 31 as the date when Darrell Caldwell could march out of the downtown LA Men’s Central jail, and retake his rightful throne as the ascendant ruler of West Coast rap. But a three-month bid has suddenly turned into the threat of a lifetime sentence for LA’s most original stylist since Snoop Dogg.

The allegations seem almost too bizarre to be real. About two days after the publication of my Sunday LA Times Calendar cover on Drakeo, authorities hauled him into court and charged him with first-degree murder, attempted murder, and several counts of conspiracy to commit murder. Simultaneously, police officers in San Francisco burst into the hotel rooms of members of the Stinc Team, including his brother Ralfy the Plug, while they were touring with Shoreline Mafia.

All members of the crew—save for one or two—are currently locked up on charges that range from gun possession to murder to abetting in the conspiracy to commit murder. The allegations seem flimsy at best—sinister and vengeful at worst.

This much is known. The Los Angeles County district attorney’s office alleges that on the night of December 10, 2016, Drakeo plotted to kill Rodney Brown, best known to everyone reading this as the South Central rapper, RJ.

According to the D.A., Drakeo, Jaiden Boyd, and Mikell Buchanan met up that evening at 11622 Avalon Blvd. in South Central, where Drakeo “provided arms to Buchanan and Boyd for the purposes of killing Brown (RJ)—with whom Caldwell (Drakeo) had a long-standing rivalry.”

In the District Attorney’s rendering of that night, Drakeo, Boyd and Buchanan went to a “Naughty or Nice Pajama Jam” at a warehouse party in Carson to lie in wait for RJ. However, the D.A. claims that RJ never showed up and around 11:30 p.m., Buchanan killed a 24-year old alleged gang member named Davion Gregory, wounding two others in the shooting. According to police, the shooting came from a Red Mercedes that they allege was owned by Drakeo. Yet Drakeo’s Mercedes is black.

By all accounts, Drakeo was not the triggerman, but nonetheless a first-degree murder indictment has been filed against him—alongside several charges of attempted murder (due to the two others hurt in the gunfire). To compound the gravity of the situation, the D.A. filed a special circumstances case that would force Drakeo to either get life imprisonment or the death penalty—should he be convicted of the charges.

“It’s ridiculous,” says Drakeo’s attorney, Frank Duncan. “This case is absurdly overfiled and we have every reason to believe the charges are being brought against him as a result of his fame. We have an excellent chance of winning.”

According to Duncan, most of the prosecution’s case rests on jailhouse informants who are snitching on Drakeo as a way of either earning a reduced sentence—or possibly getting revenge on a rapper who has turned talking shit into an art form rarely seen since the peak of Killa Cam.

For the last month, I’ve talked to Drakeo regularly on the phone. For a guy facing disturbingly severe charges, he’s consistently calm and unfazed. He steadfastly proclaims his innocence and consistently mocks the absurd premise at the heart of the D.A.’s case. Even behind bars, he’s still Drakeo: laughing at the idiocy of his enemies and as confident as his imperial alias would suggest.

This Monday, April 9, Drakeo will appear at 8:30 a.m. before a judge on the 10th Floor of the Compton Courthouse. If you’re a fan, he’s requesting your support by attending. If you can’t make it, he requests that books and magazines be sent to the following address:

The following is a recent conversation that I had with the Ruler.

How and when did you find out that they were bringing murder charges against you?

Drakeo:  I went to court, but they initially never told me what I was going to court for. I sat around all day waiting for my case to be picked up – no one wanted it. Then the district attorney from my last case (stemming from gun charges) decided she wanted to take it on.

Why do you think you’re being prosecuted?

Drakeo: It’s these two detectives from the Monterey Park Sheriff’s Department, Francis Hardiman and Detective Biddle. They look like Mr. Burns and Chief Wiggum—one is fat and one is skinny and tall. That shit is funny is fuck actually. They’re trying to charge the whole Stinc Team as a gang and they grabbed everyone and build up this fake ass case against us because this is what they do.

Who is actually locked up?

Drakeo: Ketchy was already in, but they added to his charges. My brother [Ralfy] got grabbed. SaySoTheMac, Bambino, and Mellz. Good Finesse and Young Bull got out.

Why do you think they’re suddenly pursuing an 18-month old cold case against you?

Drakeo: I think it’s only because I’m a rapper and the last case didn’t go how they wanted it to go. They probably listened to my music and got mad, and it’s probably not an accident that this happened a couple days after the LA Times story.

What makes you convinced that the detectives have something against you?

Drakeo: Once the original charges came in [Drakeo’s original sentence stemmed from a December arrest for possession of arms by a convicted felon], they made me meet this detective. They’d already snatched up the whole crew—half the people they’d spoken to didn’t even have an idea what was going on. They said that every time they get interrogated, the detectives won’t stop asking about me. They’re obsessed with me. They were listening to my music when they brought the Stinc Team into the station house.

And this is the same detective who arrested you back in 2016, correct?

Drakeo: Yup. I’ve never seen shit like that in life. The detective was coaching the DA on the side, pointing at stuff to try to convict me, but he didn’t know shit. He was putting up pictures and videos and none of them knew what was going on.

They’re obsessed with us. They’ll be pulling members of the Stinc Team over for no reason. Even if they get pulled over for a traffic ticket, they’ll ask them, ‘so what’s up with Drakeo.” They’ve been following all of us on Instagram. They even told one of the homies that Young Bull was the weak link.

Do you think they’re mad because you’ve been taunting them?

He kept questioning us and nobody knows nothing. He’s mad at us. He was all, “I’ve been working this job a long time..22 years. He’s like, ‘do you know some guy, ‘whoopty whoop, some old [motherfucker]. He was like, ‘I got him life.’ I was like, ‘why would you feel the need to tell me that you got another rapper life?’

Have you talked to anyone else in Stinc Team?

Drakeo:  I’ve talked to Ketchup [Ketchy] and I guess when they grabbed them in San Francisco, they were telling Ralfy about how they knew he was there because of his Instagram. They was asking him, ‘wasn’t you supposed to be in Santa Ana next?”

Have they tried to mess with other members of your family?

Drakeo: They got my mom fired from her job. She worked with LAUSD as a pre-K teacher. When this whole shit went down, they tried to accuse her of conspiracy to commit murder. They never filed charges, but it was enough. They sent something to her job about it and they let her go. She lost her Section 8 and now I can’t help her out anymore. I was paying my mom’s rent before all this went down.

Have they tried to interrogate you since you’ve been in custody?

Drakeo: They talked to me one time and I immediately told them that I needed a lawyer and they never talked to me again.

How are you holding up in there?

Drakeo: I’ve just been chilling. It’s regular. I try not to think about it. I just be trying to figure out what I’m going to do when I get home. I can’t do much about it now though.

Have you been writing at all?

Drakeo: Yeah, I’ve been writing shit when I’m bored. A bunch of people sent me beats.

What do you want people to know about what’s going on ?

Drakeo: That I didn’t do it [laughs hysterically] On the record!!

Run The Jewels Explain Signing With BMG After Independent Success

This Youtube Channel Has Been Uploading J Dilla Rarities for Months

Diddy Names Drake One Of His Top 5 Rappers